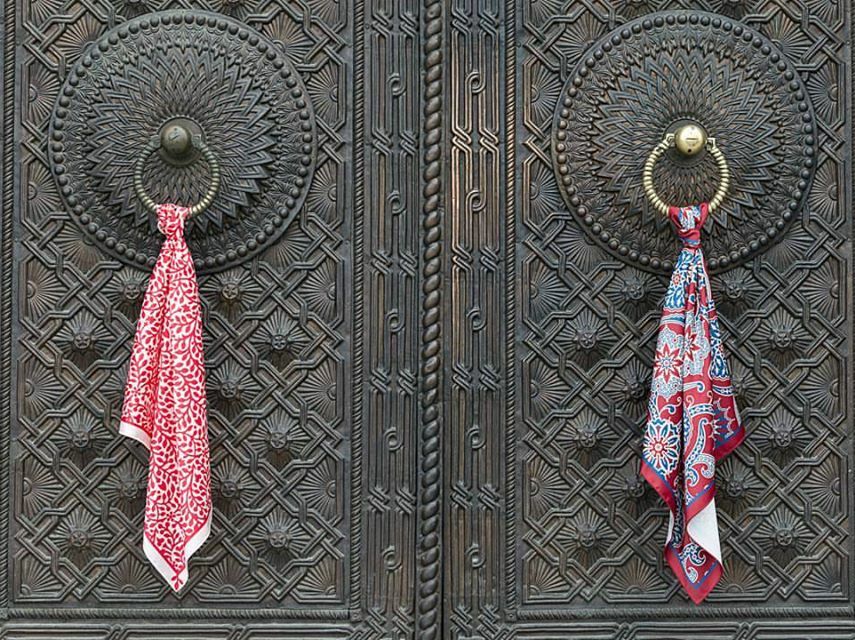 The Mesrop Mashtots Institute of Ancient Manuscripts, commonly referred to as the Matenadaran, is a repository of ancient manuscripts, research institute and museum in Yerevan, Armenia. It holds one of the world’s richest depositories of medieval manuscripts and books which span a broad range of subjects, including history, philosophy, medicine, literature, art history and cosmography in Armenian and many other languages.

The Matenadaran is in possession of a collection of nearly 17,000 manuscripts and 30,000 other documents which cover a wide array of subjects such as historiography, geography, philosophy, grammar, art history, medicine and science.

The Mashtots Matenadaran Ancient Manuscripts Collection was inscribed on UNESCO’s Memory of the World Programme Register in 1997 in recognition of its world significance.Special for Matenadaran’s museum-shop we have created exclusive line of scarves. Scarves are created with Armenian medieval ornaments, preserved from 16th and 17th centuries from Jerusalem and Evdokia․