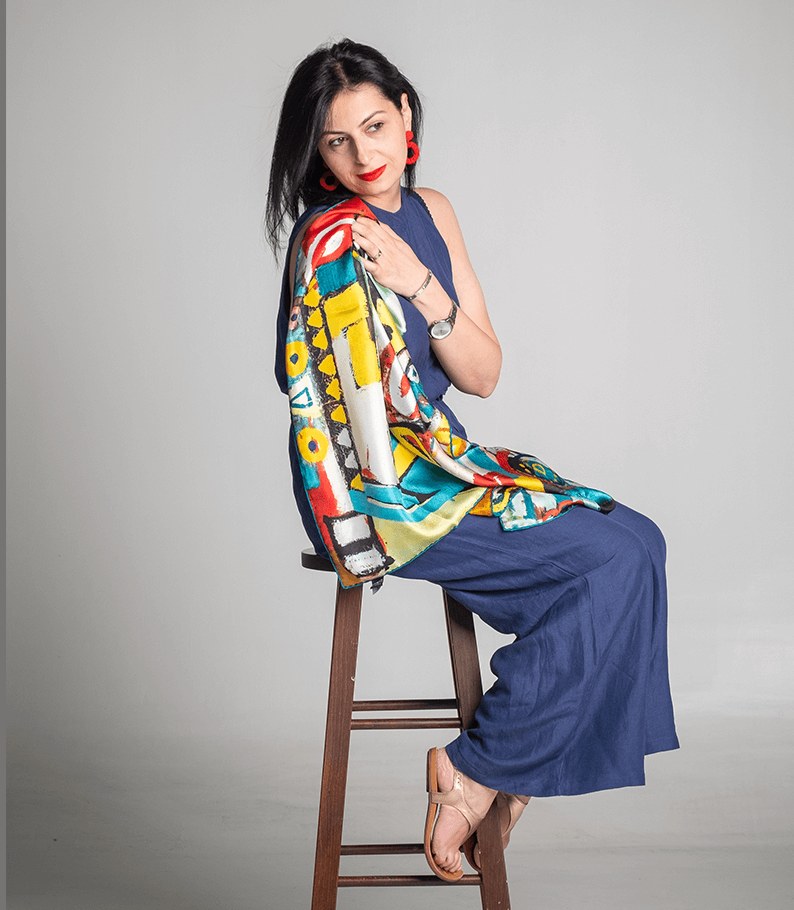 By the help of beautiful and unique scarves, you will be given the chance to discover exquisite artefacts of the Armenian culture – beginning from the medieval times to the modern abstractionism.

Numerous prominent people like Angela Merkel who is the chancellor of Germany, Anna Hakobyan, the wife of the current Prime Minister of Armenia, the wife of the President Nune Sargsyan, Kim Kardashian, well-known media personality, businesswoman and a model, Arsine Khanjyan who is an Armenian-Canadian actress and producer, Darya Sitorina, famous Russian travel blogger, the daughter of Italy’s president, and many more people have our scarves in their wardrobes. Artuyt is the official supplier of governmental gifts. Thus the Armenian government, including the Prime Minister, the President and the Catholicos, purchase from Artuyt.