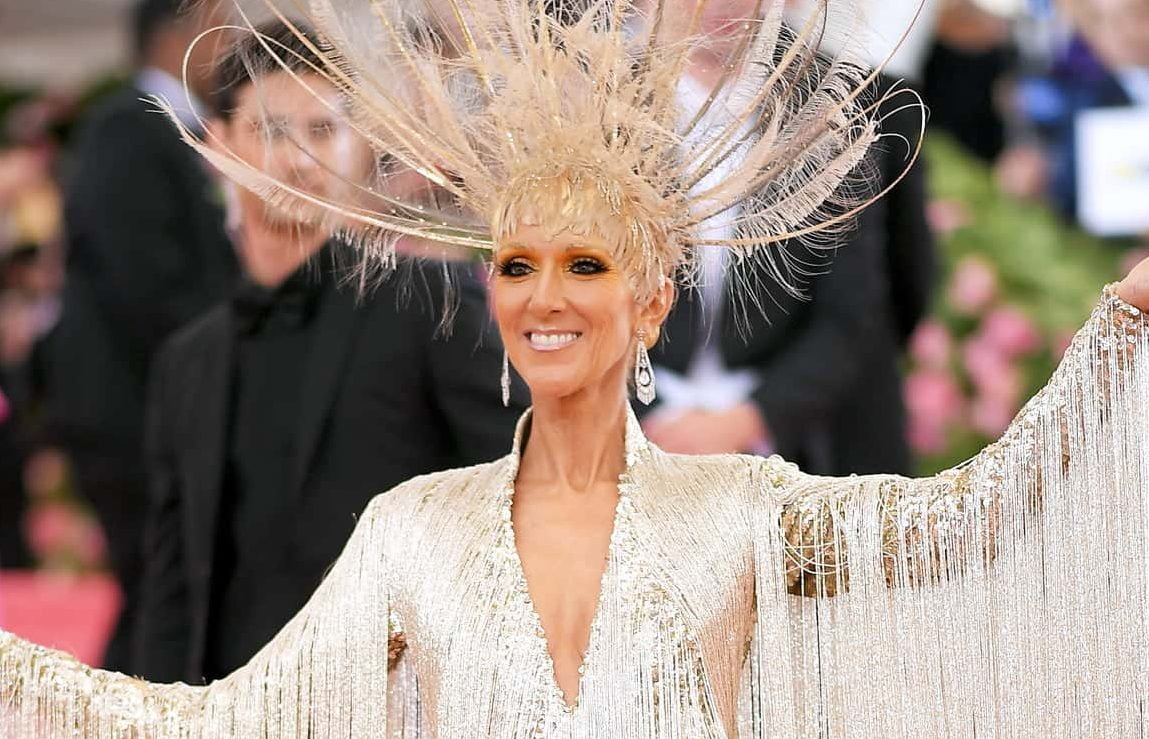 Met Gala annual show is the most spectacular Hollywood event, where fashion plays a huge role. Moreover, fashion does not pursue profit; its’ goal is to create art. Met Gala gives a chance to its fans to witness a dazzling event by bringing up a new theme each year. The first Met Gala was held in 1948, but its contemporary history began in 1974. At that time, it turned from the gathering of homemakers into a luxurious celebration and the most anticipated fashion event, which is capable of holding a distribution at New York’s Metropolitan Museum of Art.

At first sight, Met Gala is a regular American show; however, in fact, it is an event with a history of years and a value tested by time. Met Gala’s life can be divided into three main stages, which are connected with the names of three famous women.
The first is Eleanor Lambert. This woman is often called “the Godmother of American fashion.” It is considered that she was standing in the middle of New York’s fashion field, and thanks to her, the city became one of the capitals of fashion. She was the only founder of a PR company at her time, which was dealing with the progressing of branded clothing. One day, a crazy thought came to this woman’s head: to gather the most famous and rich people, to get the world’s attention to the Metropolitan museum’s problem connected with keeping old clothes. That is how Met Gala was born. 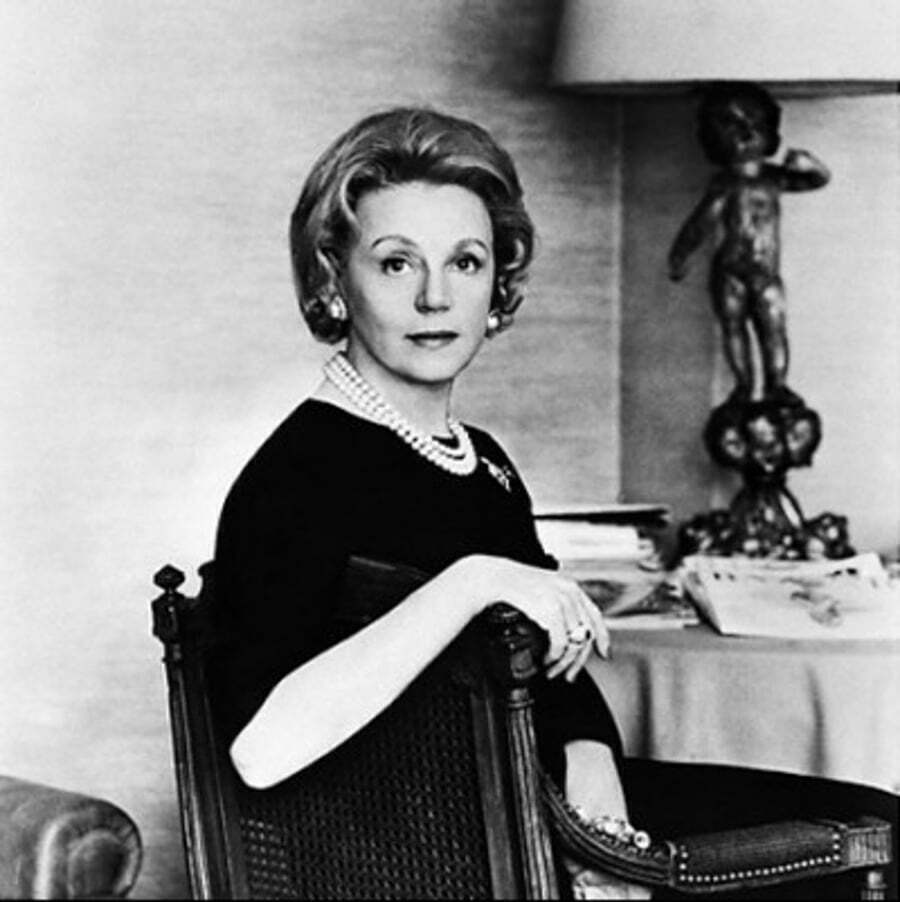 When Diana Vreeland came to the fashion institute, the concept of the event changed. The latter had worked at harper’s Bazaar and had been the chief editor of Vogue. Then, she worked at the Metropolitan Museum as a curator-advisor. Diana added three zeroes to the initial price of the ticket and set particular procedural limits. Due to her idea, each Met Gala has a separate theme, and the dress code is defined according to it. 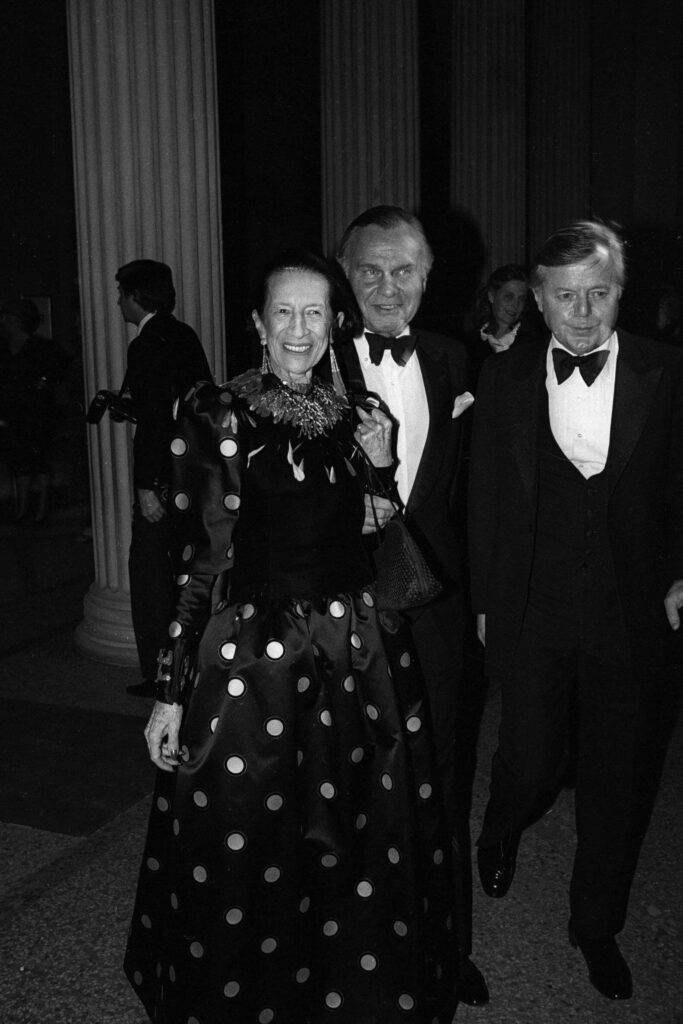 Another fashion famous woman, again the chief editor of Vogue, Anna Wintour, has a vast influence on Met Gala. Everyone saw or at least heard about “The Devil wears Prada” famous movie, where the main character, Miranda Priestly, is based on Anna Wintour’s figure, as a strict and demanding character. Since 1995, she has been the curator of the Met Gala and has made it the most prestigious and anticipated event of the year. She came up with an idea, which encouraged the stars to come to Met Gala with the designer of their that day’s clothes and sit in front of one table, for which the designer’s brand paid. This became a new incredible way for young and unknown designers. They had a chance to come to the show, after which their brand’s value increased multiple times. 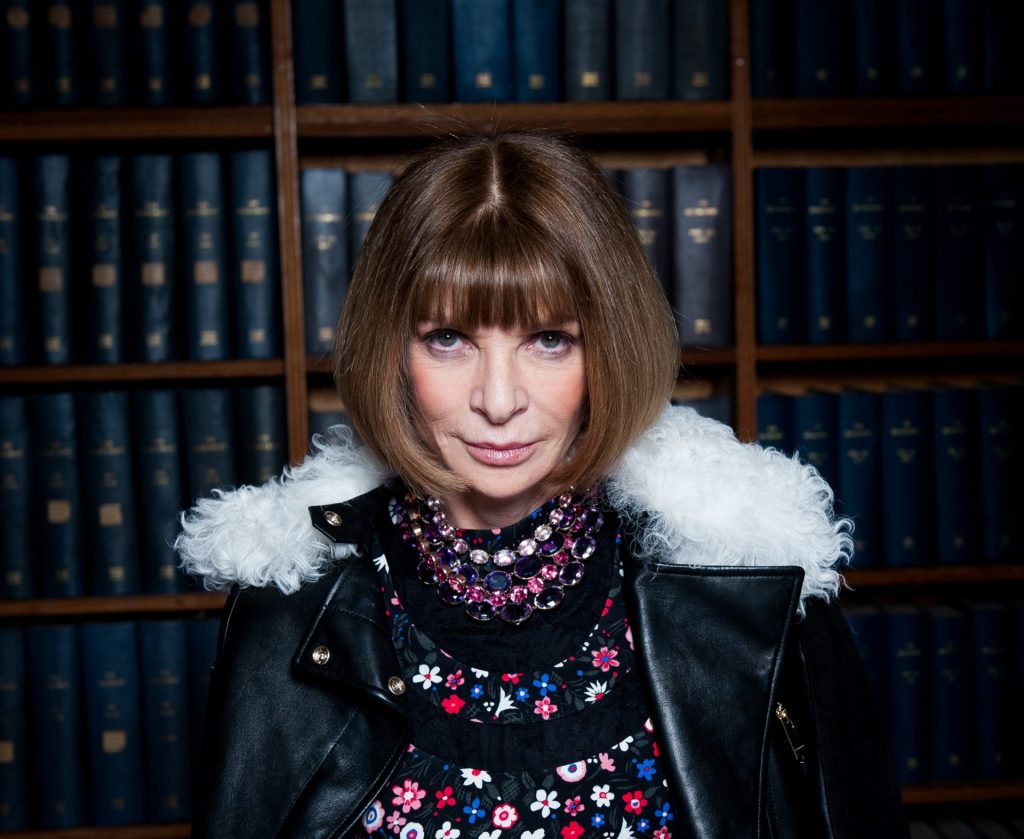 One of the first thematic shows was dedicated to Hollywood, which set the tradition of performing with vivid and bright characters.

Cher was one of the most scandalous characters of the time who introduced herself in 1974. She was wearing an embroider transparent dress decorated with feathers. That dress’s author was Bob Mackie. Even though this designer did not play a massive role in the history of fashion and his career revolved around Cher, the idea of a nude dress is often repeated in the Met Gala. In 2015, Kim Kardashian, along with designer Roberto Cavalli, copied Cher’s character, paying special tribute to Cher, the history of the Met Gala and the eccentric 70’s, after which the nude dress became relevant again at the Met Gala. 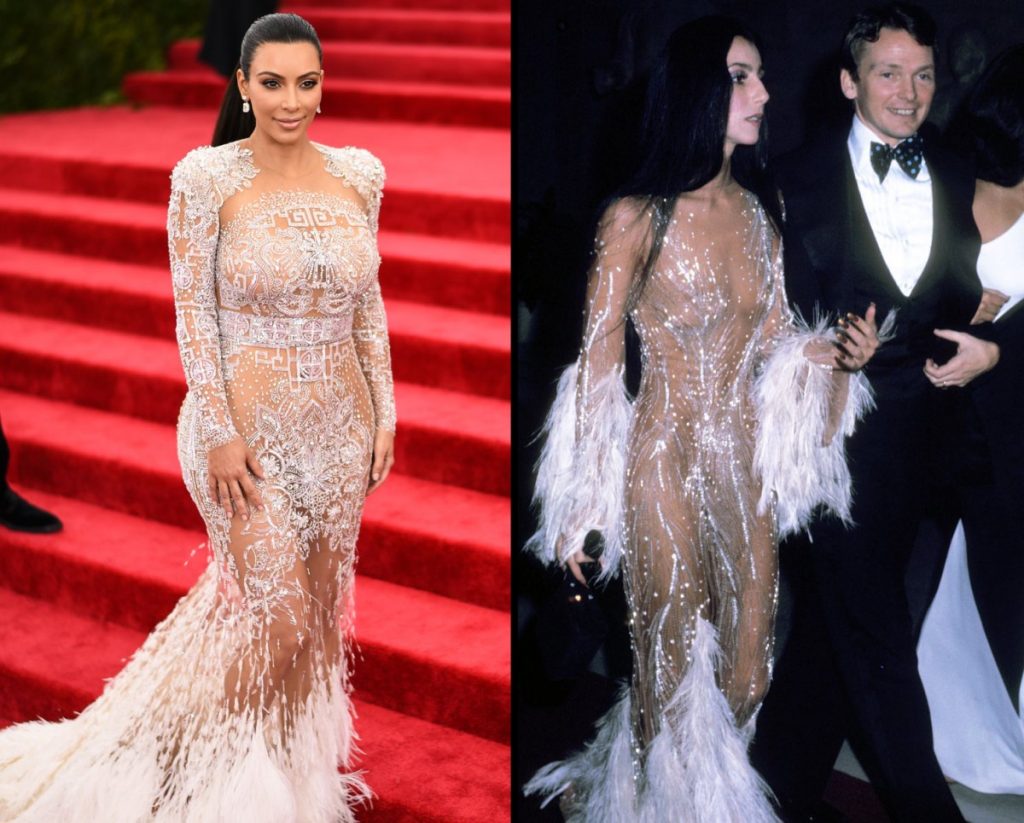 In 1996, the theme was Christian Dior. On that day, Dior’s creative director John Galliano arrived at Met Gala with Lady Diana, who was already divorced but did not stop to enjoy the popularity. For her, Galliano made a modest dress with lingerie’s style, which was surely differentiated from the overall background. In addition to the suit, Diana was wearing a pearl necklace and “Lady Dior” nominal bag. On that day, Diana had a stunning look and caught everyone’s attention. However, that was her last visit to such a public event. Half years later, Lady Diana died in a car crash. Galliano did not manage to bring to life the other excises for Diana. However, the dress mentioned above, and its further options brought him fame. 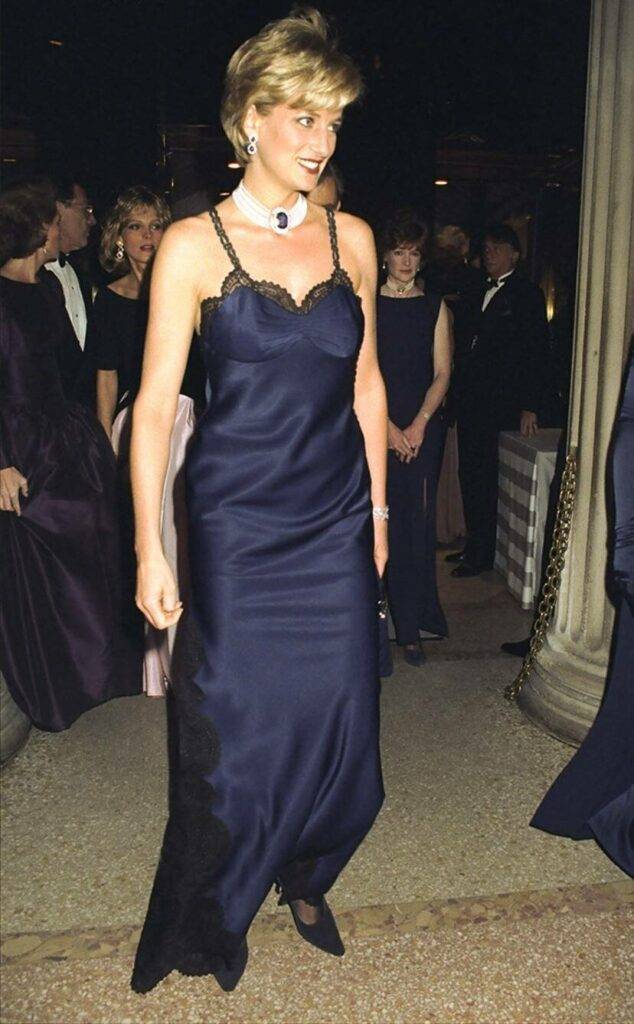 By this, Galliano’s made fatal looks do not end. In 2004, when Met Gala’s theme was the 18th century, Galliano made a multi-layered skirt for Amber Valetta. With that skirt matched perfectly with Maggie Norris’s corsets, as did 18th century inspired high hairstyle. With this look, Met Gala turned into a mind-blowing parade of clothes. After this, what was too much for the red carpet at the Oscars could be worn on the subway.

As mentioned above, it is a good tradition to come with that day’s look’s author to Met Gala. So, in 2006, Sarah Jessica Parker convinced Alexander McQueen to accompany her in Met Gala and add Scottish lattice fabric to his smoking suit as was on Sarah’s dress. On that year, the theme was England, and Parker-McQueen tandem took this dress-code with honor. In 2000, asymmetrical dresses were newly getting popular, and that look seemed unreal.

How much does it cost?

At the time of Eleanor Lambert, the entrance ticket to the Met Gala was worth $ 50, but that amount was not insignificant for her time, and few could afford it, and the event was no less famous.

Now, the ticket price increased multiple times. The entrance ticket costs 30,000US dollars, and the tables’ worth begins with 200,000US dollars. However, even though you have that money and are ready to spend it for being in Met Gala, do not hurry, Anna Wintour has not approved your appearance yet. Where does all that money go? Of course, the Costume Institute, headed by Anna Wintour, which operates under the Metropolitan Museum. Since 1995 till now, this event gathered more than 200mln US dollars, which ultimately goes to the study of fashion history and the preservation of historical clothing.

What and who is forbidden

As you already understood, Met Gala is not only a fashion parade but also a dinner with a high-quality kitchen and taste of dishes prepared by chefs with Michelin stars. However, some things are forbidden. On that day, garlic, onion, and parsley, including meals, are not served because of the smell. As well as bruschetta, because while tasting, because it can fall on expensive dresses.

During the event, various selfies and the use of social networking sites are prohibited. Firstly, Anna Wintour does not like such things, and, also, Met Gala’s all photos have to be exclusive. The first platform, where these photos have to appear, is American Vogue, not someone’s Instagram.

Met Gala also has a list of prohibited guests, according to which, many famous figures, who did a selfie during the event or talked badly about it or Anna Wintour, do not ever have a chance to participate in the event. This list includes people like Donald Trump, Tim Gunn, Coco Rocha.

2020 as a cancellation year

In 2020, the Metropolitan museum must have celebrated its 150 years of thematic celebrations and must have presented the history of fashion, progress till our days with new presentations. That is why, in 2020, Met Gala’s dress-code must have been connected with time’s idea. Why in the past form, because as many other significant events, as well as Met Gala, has been suspended for unknown time because of the worldwide pandemic. It should have taken place in 2020 May 4. Instead, on May 4-5, on the initiative of Anna Wintour, retrospective videos and discussions with the participation of famous people will be held online. Such people are Liza Koshy, Cardi B, Liv Tyler, Jeremy Scott, and others.